November 12, 2018 by Andrea Maldonado No Comments 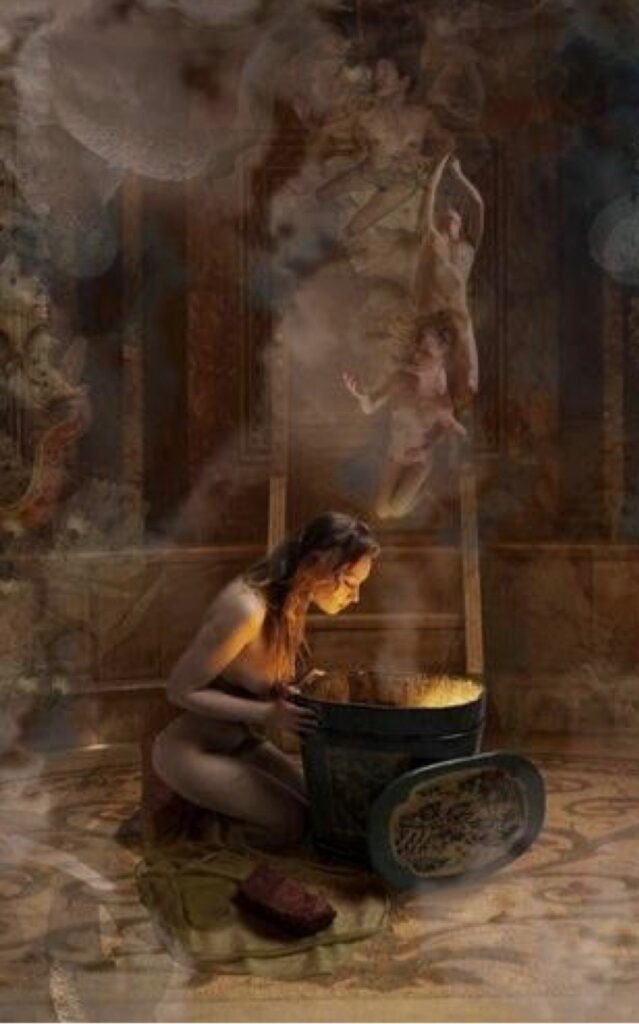 Seeking Credit
No one ever really knew her. She gave people pieces of herself but never really wholly, that was reserved for a small handful of people. Pandora had a reputation for being mysterious and secretive, this was her protection mechanism, the box where she kept everything sacred to her.

She was born a survivor and grew up with the resolve of one. Sure she had a childhood, colored with tragedies, sexual assault, divorced parents and a complete upheaval of what she considered to be her entire world. In the box went the feelings of resentment, that later in life she was unable to recall. In that box went the trauma of the blood stains and the pain, the lies and the fear, survival was the only option.

Later, she faced adversity again where her white skin meant nothing because her accent was as clear as a glass window. She interchanged certain words of her native tongue with English and was quickly categorized and an other. In the box went the anger of having to focus on her words or else be seen as less than. In the box went her feelings about different, because in her world, everyone was the same, but clearly, they were not.

Being a survivor meant that friendships were few and far in between. It meant that people befriended her because she was kind and always willing to give more than she had. A magnet for energy leeches. Feasting on her desire to want to help, to give where she shouldn’t have, to be there when no one else would, constantly taken advantage of. In the box was the freedom to tell people about her hopes and dreams. Inside the box went her ability to reach out to people in need, and replaced by social awkwardness. In the box went her golden  personality.

What was left was a woman that was quiet but fiercely protective of her loved ones. An unapproachable creature that was still alluring nonetheless. The you want to get to know her type  but she’s not going to let you in. That has to be earned and most people don’t want to do the work, so she keeps herself closed off.

Unfortunately, she is still naive and has encounters she wished she could take back. Each time, she returns to her box. Opening it up she unleashes the traumas, the demons, the heartache hidden in the box. While trying to expel the latest hurt, these furies soar through the room trying to regain entry inside of her and again she has to fight. Fight to get rid of the pain, fight to keep the old one’s out. This tiny box of horrors is kept hidden deep inside of her psyche, inaccessible to anyone else.

In moments of weakness the locks break open and chaos reigns in her mind. She is driven to depths of sadness that seem insurmountable, where death is the only caller and yet, she wrangles these feelings up and stuffs them into the box, like a ghostbuster would. In this box, they are safe. They cannot harm the people she cares about, her loved one’s , close friends and yet, when it pops open, there are those that run away. Unable to handle her while she is reigning these furies in and then there are those who are beating down her walls so that they can lend a hand or weight to seal the box anew. Those are the people she wishes to keep away from this box.  To protect them, means shutting them out during these moments in hopes that they will understand that this storm is hers along to fare but they can wait on the other side for her.

In this box lie her deep rooted secrets as well. The strange interests, opinions and desires that are not publicly acceptable. In this box lies all the things she wishes to challenge the world with, Her proverbial red fur coat. In lt lies the identity that truly defines her, the one outside of socio normative constraints, the faith that dwells outside of the written word of God. She hides the best parts of herself in there as well. In that box in also a slew of weapons, the armor she wears to battle the patriarchal injustices of everyday life. The silver tongue that helps her get what she wants and in there lies the battering ram of I don’t give a fuck  that has to be used on occasion when things aren’t moving as they should.

So dear reader, Pandora’s box isn’t just full of detestable abominations that send you screaming into the hills, some of her best parts are kept in there too. The question is, are you willing to open it or not?