Magic in every bite 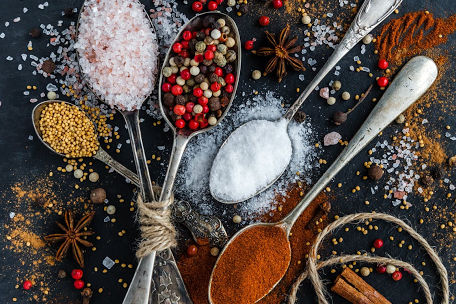 In my previous Post Who is Bast? I mentioned that she had a duel nature like day and night. You can see a lot of that present in the types of offerings you can give her. She is a very friendly Goddess and I’ve noticed that she really just wants your time and attention, so if you want to say prayers to her, go for it. Have a poem or something you wrote to or about her? Read it aloud! Want to have a chat? Pour a glass of wine or brew some tea and sit with her energy. She has brought some memorable moments into my life, reminds me that we have to STOP and just ENJOY what’s going on around you and nothing screams BAST like a great party!

Below are some offerings you can put out in her Honor

Perfume bottles and (decorative) Jars made from materials such as glass, clay or ceramic

The Eye of Ra

Food Offerings for the Cat Goddess

Beef (Raw, or a cooked dish) and Fish

Her history has been turned over many times, even evolving from being represented as a lioness to a domesticated cat. Her attributes were once similar to Sekhmet and at one point they were the same Goddess. Now, they are more like two sides of the same coin. I have found through studying, that the Egyptian Pantheon has many Gods that represent dual natures. There is a balance between their aspects, never too much of one specific thing and Bast is no different.

What are her Aspects?

She has been called “The Devouring One”. Bast’s first attribute was that of a warrior the protector of lower Egypt. Later her story became that at night, she turned into a domestic cat. Hiding in the dark, protecting her father Ra, from the God Apep. Her eyes were gifted with sight to see in the dark, and for this reason, some say the Eye of Ra is her symbol.  She is known as the “Lady of the East, and the Utchat ( the all seeing eye) .” Her connection with Ra as her father, put her in the category of Sun deities.

She is also the Lady of the (ointment) Jar. Her hieroglyph is that of the Bas-Jar, with the addition of the T (“T” at the end of a name, made it feminine). She is the keeper of perfumes, creams and ointments, not only associated with beauty but also medicine, Bast is a Goddess of healing.

I have found that she is currently more associated with her Lunar aspects ( she was syncretised with Artemis when the Greeks invaded Egypt during the Ptolemaic reign ) which evolved from her protector role into a Goddess of fertility. As a protector of mothers and children she was often depicted with a litter of kittens at her feet but sex and moreover, sensuality is at the root of this.

So… Bast is a Goddess of Sex and Sensuality?

RING A DING DING! How do we know this? There is SO MUCH historical evidence to support this and several accounts about her festivals so I’m going to NOT nerd out here ( cause I can really get going!) and cover the basics!

The Bubastis, an ancient city in lower Egypt was the site of her greatest temple. There were HUGE feasts, I mean epic scale events that took place to honor Bast. People would arrive from all over to pay homage to the Goddess. Barges would line the river banks floating towards the city and guess what? They were greeted by the townsfolk, singing, dancing and ladies, casually lifting their skirts showing off their genitals… who knew this was a thing? They also drank heavily during these major events, particularly beer and wine.

In all seriousness though, she represents ecstatic energy. The freedom to just be one with everything. The drinking was definitely a way to let inhibitions go, very similar to the Maenads or Bacchantes. The freedom to let go- to drink till you were vibrating on a different wavelength, where divinity could get close to anyone who was receptive, letting her in, so to speak.

She is the representation of sexual freedom, with no shame and no fear, noted by the antics on the river banks. Sex and things of a sexual nature only became taboo or shamed later on, these folks did not see things the way they are now. A prime example was one of the simplest forms of veneration, known as  the morning ritual .

The Morning Ritual? ( This is about to get really sexual rn)

The sun, which for the Egyptians played a major role in their religious practice, so naturally, they honored its rising and performed rituals in the morning, to do so!

Yup. Vaginal fluid was considered “The Nectar of the Goddess”, having all sorts of magical powers! It was the source of immortality for the Gods (all of them). It was believed that humans who consumed this Goddess Nectar, daily, at sunrise, would also achieve immortality. If nothing else, they believed that this nectar contributed to general health and wellness. So it was fitting to be part of the rites of Bast. (I have read several texts about this but I cant find a definitive source yet, but Im looking! In the meantime, this totally makes sense or would make a perfect offering bc orgasms are a total religious experience!)

So why did I choose Bast for this ritual?

As a kid I worked with the Egyptian pantheon exclusively, I was obsessed with their stories, their culture, how they  viewed life, the hereafter and the advancements for humanity that they achieved. I’ve moved on to work with others now but they have always had a place in my heart.

One day a few years back, one of the Priestesses of our coven wanted to do a ritual for Bast and asked me to invoke her. I obliged and was immediately immersed in that energy and back to feeling 13 again. She and I had a connection and it was just rekindled. I learned a lot more about her over the years and she remains a staple in my spirituality. She brings out the joy in me. Shows me how to just BE. Bast is like the person who walks into a lame party and gets everyone up on their feet, dancing and having a good time. Personable, happy, sexy and gives off that “I just want to get to know you” vibe.

How did it all come together?

I sat with this desire for a while. The need to bring this type of event to life, for others outside of our coven because I wanted to share these experiences. I wanted to share with others what inspires me and how I learned to make magic through food.

As a devotee of Freyja, you would think she would be the first choice as the Host Deity. I meditated on this for a while and her response was a little more than a shrug. The search was on as I dug within. Asking and receiving responses of yes, but not right now. I thought, maybe they dont want this? Maybe I’m asking for too much?

I hit pause on the asking part and starting working on a menu. I threw a lot of ideas together and sat with them, feeling the energy I was getting off of the pages and in one of those instances, my daughter walks over and puts her hand on my shoulder. She says “Mom, I’m really proud of you, and you’re going to figure it all out.” I gave her a quick squeeze and a kiss “Thanks Isis, I’m trying.”

Saying her name out loud, things just clicked in my brain. I had to go home. In that realization Bast came through as clear as a bell “How about we do this together?” I immediately felt heard, I was seen . Filled with happiness I began scratching at the menu pages and came up with something totally different than my original plan and it just fit. My witchy chef heart is floating on one of those barges on the way to Bubastis… join me on this trip somewhere else in time. Tickets available under the Events Tab.

Beltane, one of my favorite Sabbats to celebrate love with the Goddess Freyja! Roses have been a symbol for love and sensuality through the ages so it is no wonder she takes a particular liking to them! Working with her over the years I’ve learned which one’s are her favorite and use them as an offering frequently.

Her most favorite of food offerings are usually strawberries, honey, honey coated items and all manner of beautiful things, so here is a recipe for a decadent, visually appealing and tasty treat you can serve as an offering to her.

Indulge in a sweet treat with your partner, or if you’re a shortbread lover like myself, hoard them like the dragon smaug, as they are precious to you and for your delight only!

Blessings of a fruitful Beltane to all!

Made this recipe? tag me @gourmetwitch on IG with #WitchesGottaEat so I can be a part of your magical food experiences!