December 3, 2018 by Andrea Maldonado No Comments 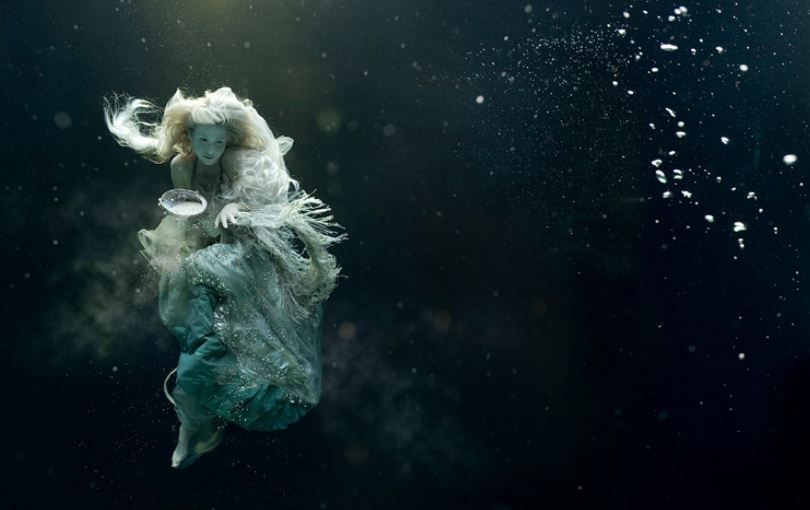 seeking credit
They laid around lazily on the rocks. It had been months since they last saw a ship and they were starving. “Maybe we need a new song?” suggested one of them. “ really? Do you have something in mind?” replied the one closest to her. “No.. sadly since the whole ordeal with Orpheus and Eurydice we haven’t really had any good music circulating… “ Look!” cried another. “Lunch!” they all said in unison.

Happily, they jumped into the water in order to appear glistening and then perched themselves on the rocks. Singing the loudest they could, they willed the ship towards them. “It’s not working..” whispered one of them. “Sing!” the leader of the group barked and so they continued. The ship was just about to pass them when suddenly it started turning in their direction. The Sirens, full of joy, continued to sing. They could see the men gathering at the bow of the ship. They were shouting at the Sirens, screaming that they were in love!

As they drew even closer some of the men jumped off the ship hoping to reach them faster. One hungry siren couldn’t wait and pounced into the water after him. She dragged him back to her sisters already eviscerated, the hunger had taken her over.

Seeing the Siren covered in blood and a few others joining, the spell had been broken and the men were able to see them for what they were! The captain shouted orders to turn the ship around but it was too late, and in moments it crashed against the rocks. The men shot at the sirens with their pistols and they just swam underneath the boat, rocking it, in hopes that more men would fall off so they wouldn’t have to wait.

When the ammunition was exhausted, they pleaded for their lives, those that were left. The sirens laughed cheerfully and agreed to keep them on their island until they were able to board another ship. Much to their surprise, the men were taken to a cave and forced into changes suspended over the water. “We can’t let you roam around here freely. You may decided to kill us and then what?” The leader of the Sirens told the captain. “We would never! We swear it, please let us go!”

“We can’t” the Siren answered simply. “We just can’t. Now you can choose to live like this, sleeping  here at night and roaming freely throughout the day or you can die now. Decide!” she commanded. The other four men argued and one of them attacked a siren with a hidden boot knife. She hissed in pain and ripped his throat out. The other three men were torn to pieces and eaten, instantly, leaving the captain alone. “I will remain here” he said sadly.

The sirens held out as long as they could. The captain was a great fisherman and an excellent hunter, there was meat to be had for all. The sirens ate of this meat but weakened nonetheless. Human flesh sustained them. He knew it was only a matter of time before they turned on him and so he needed another ship to come along or he would surely die.

The captain made a huge bonfire that created a giant cloud of smoke, a signal for anyone near enough to see. As luck had it, his trick worked, luring several ships to the island. “If one of you carry me to the boat, I can get on and make sure the ship lands on the rocks, let me help you!” he said. Wary of his idea, they still agreed, the hunger needed to be satisfied. When he was close enough the siren left, and the men on the ship spotted him flailing his arms. They quickly lowered a small boat and brought him aboard. So glad to see other people he relished in the moment of human company but he also knew he had a task to perform. “Hey! My ship was destroyed because of these rocks up ahead but I survived and have lived on this island for months.

There is gold and treasures to be had from other ships that have been lost! Let me steer you around to a place where you can dock. There will be food and water, and a place to rest before you sail out again, just promise to take me with you, I miss home.” he lied. The men quickly jumped at the opportunity and brought him to the helm. Once he was spotted, they began singing. All the men were under the spell except for the captain who steered the vessel towards the rocks. The sirens sang and watched as he got closer and yet he steered slightly starboard.They ignored this, and continued singing.

The boat passed them completely. No one had even attempted to jump off the boat. What happened? They jumped into the water after seeing the ship dock on the far right of the island. To their surprise, then men had put wax in their ears and never fell under the spell. The captain had taken them to a place where they could board the island and raid it for all of its treasure that had been collected over time and hundreds of ships. They attacked the Sirens and killed all save one. “Do you wish to come with us or die now?” the captain asked her. “ I should have killed you when I had the chance!” she hissed and lunged towards him. They men fell on her with their swords, killing her instantly.

They stayed on the island for three days gathering loot and supplies. When they were ready they left the island with all they could manage to stash on their ship, hiding the rest for their return. They killed the captain and soon as he got on board, fearing he would return for the rest of the loot they dropped his corpse into the water for the sharks to feast on.